KITCHEN COUNTERTOPS AND WORK PLATES
made from granite and quartz 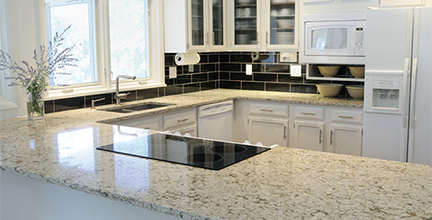 MANUFACTURING OF TOMBSTONES
from granite and marble 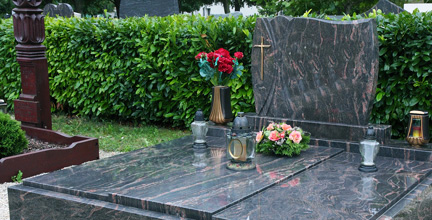 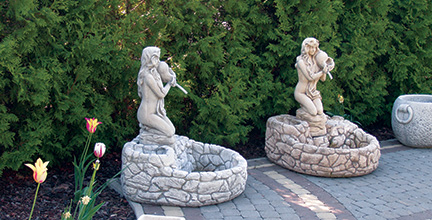 The RR Commercial Ltd. was established on 1st July 1997; Gábor Rózsás, the major owner, who used to work as a private stone-cutter entrepreneur, has been managed the family-owned company since the beginning. His brother Ádám Rózsás as a joint owner controls and takes active part in the production. During these years the main object of the company has been continuously widening, it primarily has deal with wholesale and retail trade of granite, limestone, and marble and production of tombstones and claddings recently.

The company, as a general importer, transports the above mentioned materials in large quantities, and after procession, it sells them as basic material or as end-product.
The value of the stock is worth minimum 250 million HUF, which is outstanding even in country-wide, and due this fact, the company is able to satisfy every client`s demand. In 2006, during a large volume investment, a centre processing-plant, an exhibition park, an office and exhibition room were built which was opened in 2007. This logistics centre was developed according to the European standards, and it is equipped with the latest technologies. In 2006 and in 2007 several new, modern bridge cutters and an automatic grinder were acquired, which significantly increased the range of the tangible assets. The turnover of the company is mainly ensured by reseller partners. In the last years, the company successfully participated in several big project executions. During years, the focus was shifted on wholesale manufacturing; the company deals with cut materials, tombstones, mouldings, stairs, countertops, fireplaces and other accessories made from natural stone based on the client`s need.
In 2007 and in 2008, after opening the central premises, the main goal is to obtain the ISO-9001 qualification.
The development and improvement always played an important role in the life of the company. We think that with team spirit, attention, precision, and persistence, we are able to take further steps even under harder market circumstances
We hope that we could attract your attention.
If you need any further information or you have questions, please contact by phone, via email or visit us personally.